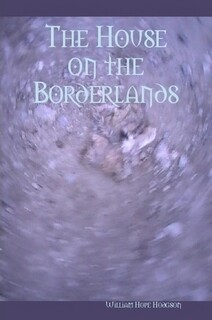 THE HOUSE ON THE BORDERLANDS (PAPERBACK)

'In 1877 Messrs. Tonnison and Berreggnog discovered a mysteriously preserved manuscript in unstable Ruins to the South of the Village of Kraighten which may be found in the west of Ireland. I have the queer, faint, pit-water smell of it in my nostrils now as I write, and my fingers have subconscious memories of the soft, "cloggy" feel of the long-damp pages. I read, and, in reading, lifted the Curtains of the Impossible that blind the mind, and looked out into the unknown. Amid stiff, abrupt sentences I wandered; and, presently, I had no fault to charge against their abrupt tellings; for, better far than my own ambitious phrasing, is this mutilated story capable of bringing home all that the old Recluse, of the vanished house, had striven to tell.'

The fate of the Recluse and of the vanished house, the House on the Borderlands was laid out in the manuscript exactly as it is reproduced in this book and in this form it has inspired writers of horror and fantasy for over a century.

William Hope Hodgson was born in 1877 and was an energetic and productive writer. The House on the Borderlands was a major contribution to the horror genre. He was killed by a shell at Ypres, Belgium in April 1918. 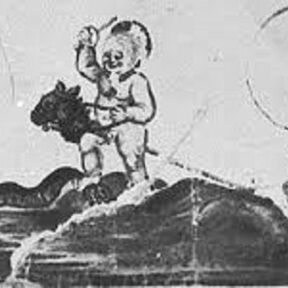